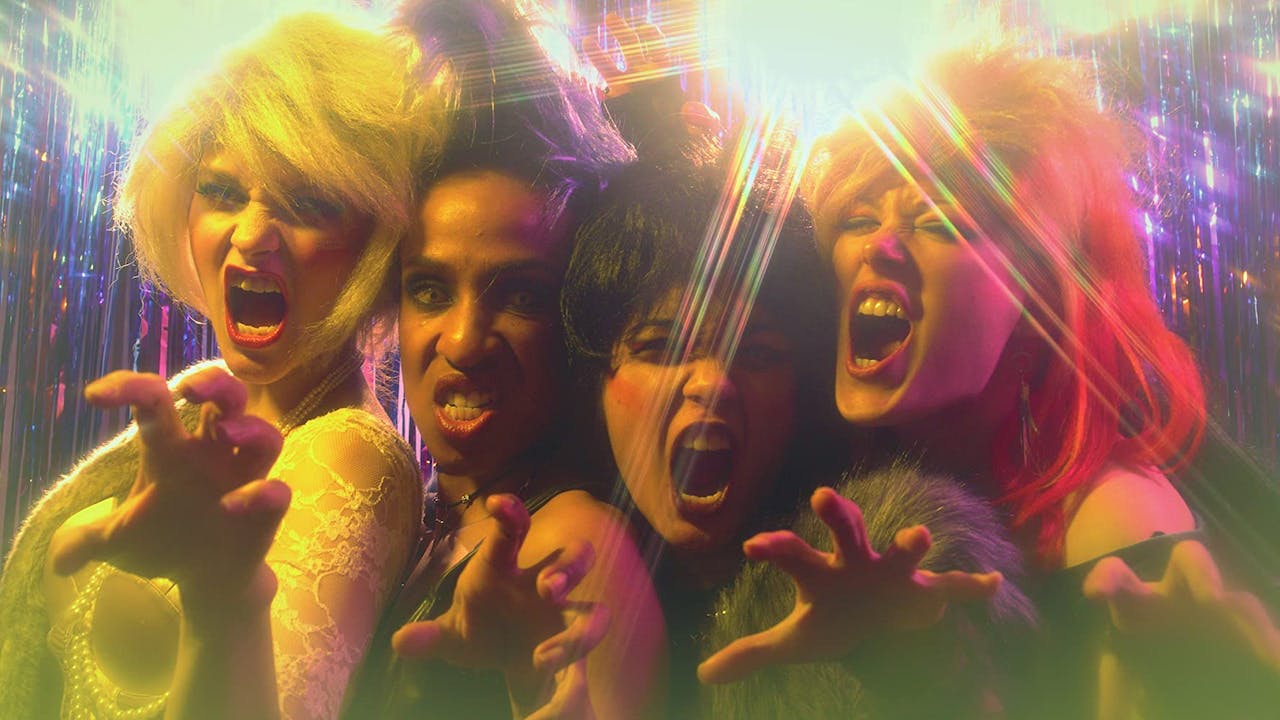 New Orleans, 1983
As the full moon rises, a punk band known as The Darlings return to their rented mansion after the last leg of their tour. When the radio informs them of an escaped killer on the loose, they are shocked to find him already in the mansion! But these darlings have a vicious side of their own.

F*@#ing phenomenal. It clicks on every level while exploring horror tropes in a unique and fun way: Synth score, BIG acting, 80s, mansion, full moon. Track this one down!
Directed by Liz Tabish
Runtime 15:00