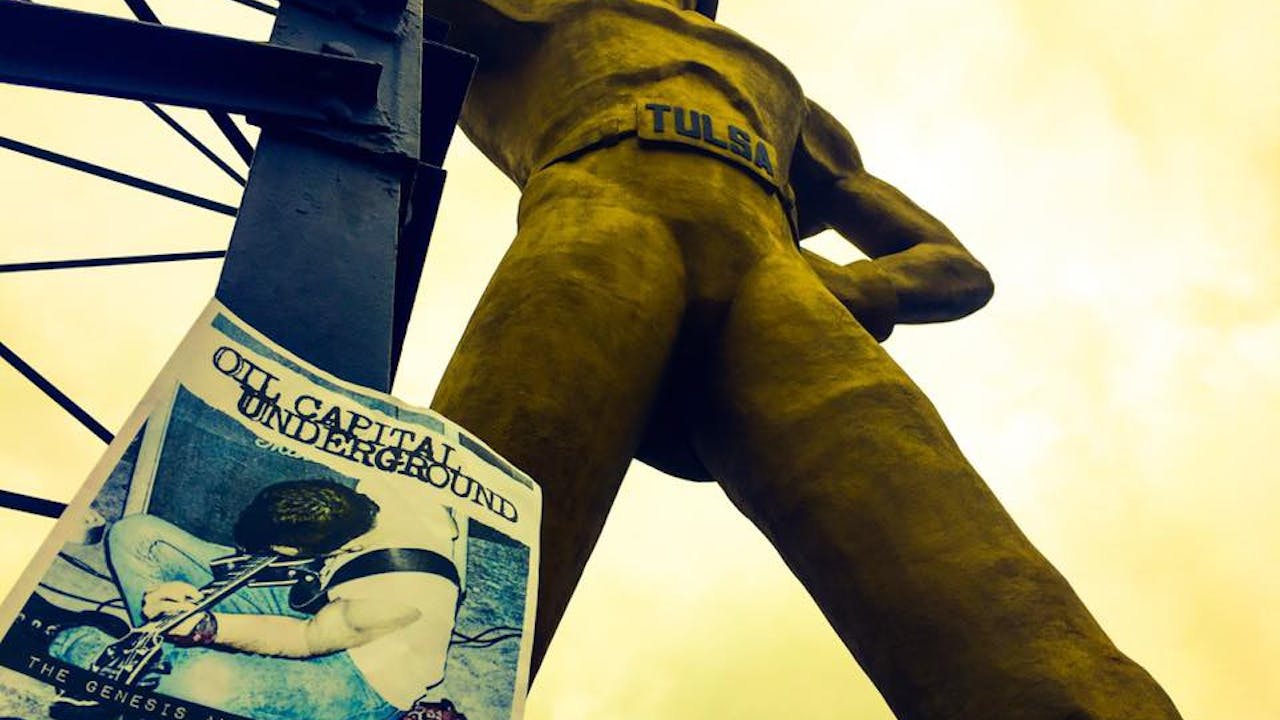 Oil Capital Underground is a documentary about the underground rock, punk and thrash scene in Tulsa Oklahoma, focusing on the late 70s up until the mid 90s. Going against the grain in the conservative atmosphere of the city formerly known as the Oil Capital of the World, bands such as Los Reactors, NOTA, Pitbulls On Crack, Asylum, Bunnies of Doom, Concept of Nonsense, Baby M, Illegitimate Sons of Jackie O, Brother Inferior and many others struggled to make a name for themselves releasing their own music and playing clubs like Bleu Grotto, Crystal Pistol, Club Nitro, 424 and Ikon.
From the punk and new wave explosion of the early 80s, through the hardcore and thrash of the mid to late 80s, to the beginnings of underground alternative rock of the early 90s, Oil Capital Underground is filled with rare live footage, flyers and photos from the scene during those years. Interviews with many of the musicians, promoters and club owners active during that era discuss the music, personalities and social climate of the time.
Directed by Bryan Crain
Runtime 02:06:19