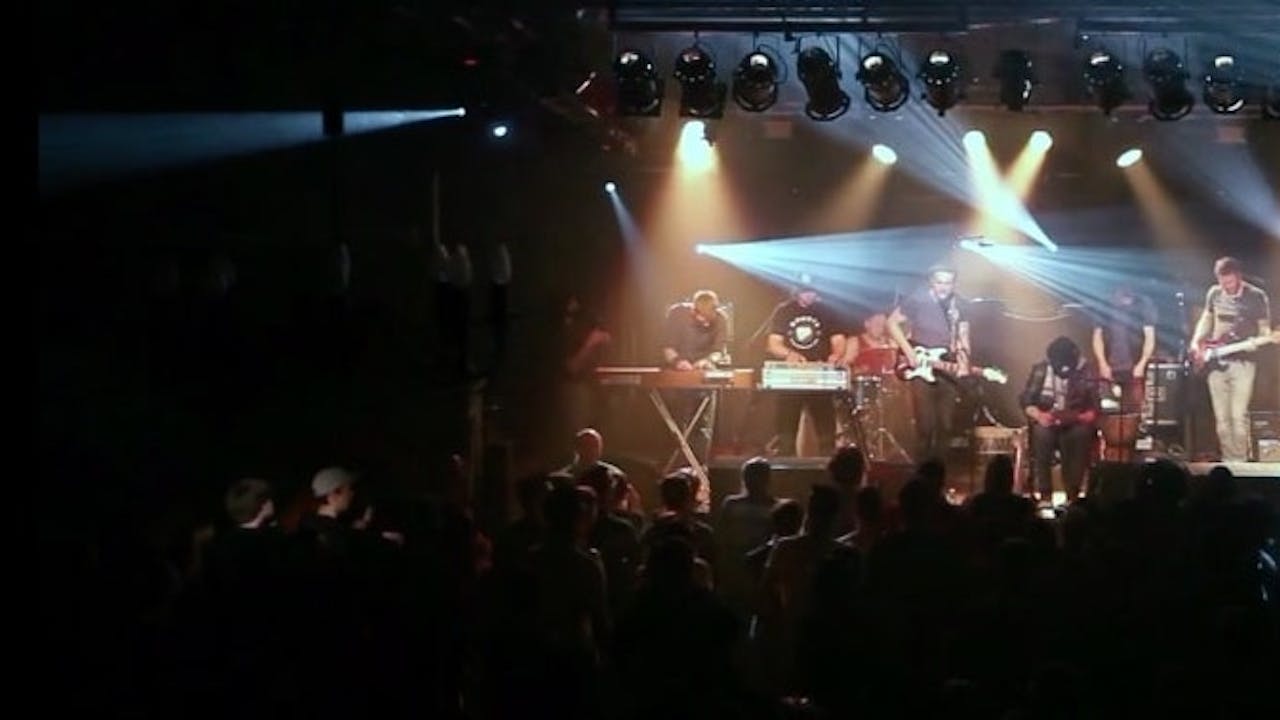 Kosmonovski is a documentary about the "Psycho-Pop" Band Kosmonovski. They went on a tour during 20-25 January 2016 in 5 cities: Bremen, Hannover, Kiel, Dusseldorf and Luxembourg, together with the famous German rock band "Donots". Kosmonovski was founded in 2012 by Holger Denninger, a social-pedagogue and consists of 6 mentally disordered people between 30-45, partly without any musical background. Only Holger and Henne are are professional musicians. The film mainly concentrates on the members of the band and their individual journeys. Throughout the film we experience, how they deal with their psychological disabilities during such an extraordinary situation. Also the interaction between the two bands is another important aspect because watching the Donots interacting with the Kosmos at eye level is a statement, to encourage all sides towards a respectful and open-minded company in a multifaceted society. Kosmonovski is a film not only about friendship but also a new way of medicine for psychologically disordered people: “music therapy”.
Directed by Mumin Baris
Runtime 01:17:00