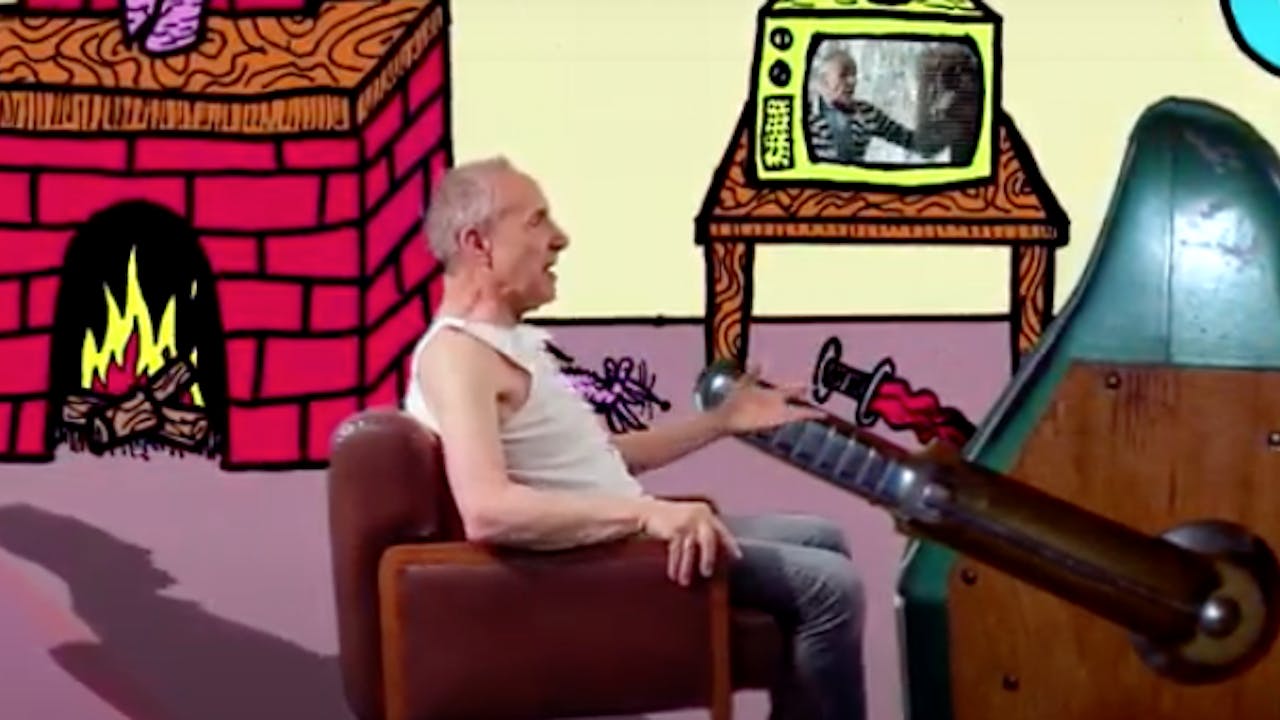 Bob Bert (Sonic Youth, Pussy Galore) makes his acting debut in this colorful, surreal slapstick adventure with art by legendary underground Comix artist Mike Diana! An eccentric, oblivious man slides out of his apartment in his bathtub, rides on top of a train, becomes caught in a violent love triangle, gets caught up in an airborne police chase, and becomes the star performer of a casino all in one day! Filmed entirely on green screen and animated by tracking the actors into real miniatures, this independent technical wonder is not to be missed!
Directed by Dylan Mars Greenberg (Dark Prism, ReAgitator) and produced by Khloaris Productions!
Runtime 15:00