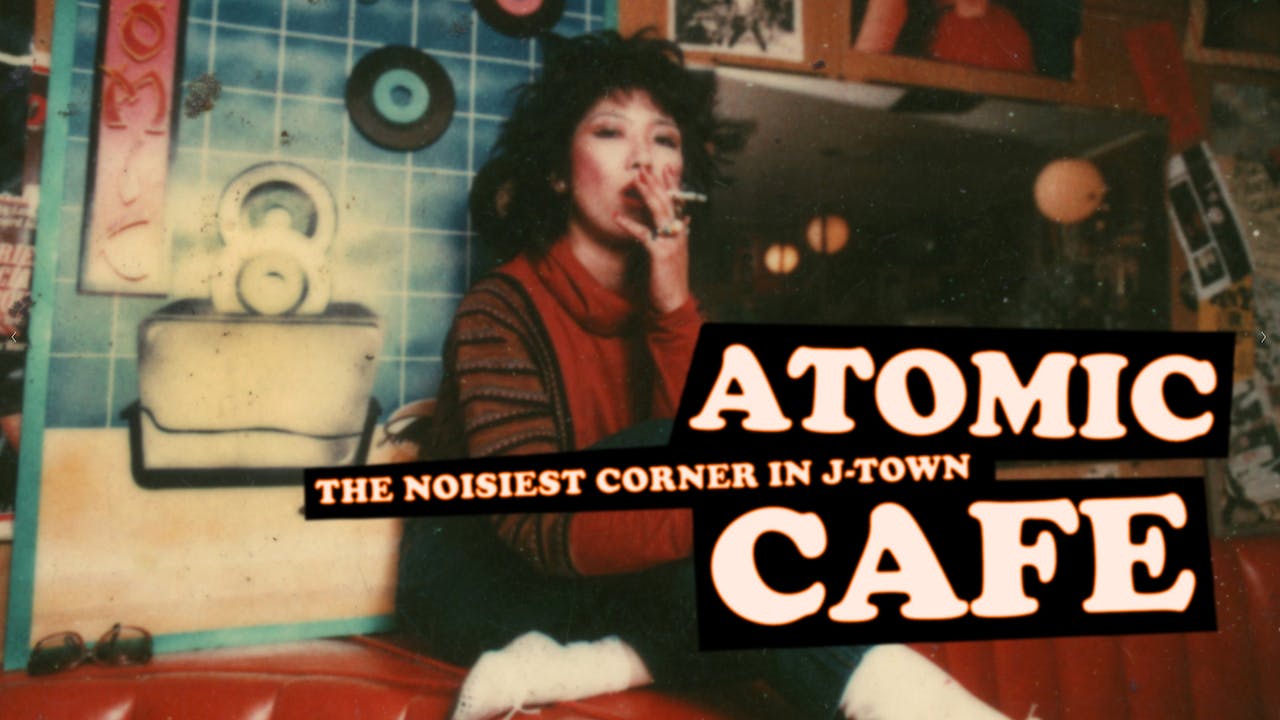 In the late 1970’s, when L.A.’s punk rock scene was exploding, an unlikely family-owned restaurant in Little Tokyo started by Japanese Americans returning from America’s WWII concentration camps, became one its most popular hang-outs. That’s when Sansei “Atomic Nancy” with her “take-no-prisoners” punk make-up and demeanor took the café over from her parents and cranked up the jukebox. Infamous for its eclectic clientele – from Japanese American locals and kids from East L.A. to yakuza and the biggest rock stars of the day - the Atomic Café became an important part of L.A.’s punk rock history.
Director - Akira Boch, Tadashi Nakamura